There is no more exciting place to be for a sporting event in Richmond than the Verizon Wireless Arena at the Stuart C. Siegel Center. Period. And sporting events are just a small glimmer of what takes place at this 7,500 seat arena which has hosted President Barack Obama, the Harlem Globetrotters, some of the best in the music industry including Trey Songz, T.I, James Taylor and Sheryl Crow.

Located in the heart of the Capital City, the arena offers convenience to the entire state of Virginia. Its purpose is to provide a quality multi-purpose indoor facility that can accommodate Division I NCAA athletics, and serve as a general-purpose assembly space for a variety of special events.

It is home to VCU’s elite level men’s and women’s basketball and volleyball programs, which have a combined 10 trips to the postseason since the Siegel Center opened.

With a basketball capacity of 7,500, the Siegel Center offers all the amenities of a professional arena, but with the intimacy of the best college venues.

It is known as one of the loudest arenas not only in the Colonial Athletic Association, but on the East Coast, the Verizon Wireless Arena provides an unparalleled home court advantage for the Rams. In fact, since fans started pouring into the building at the corner of Broad and Harrison, the VCU men’s basketball team has over 85 percent of its home games (139-23).

The men's and women's basketball teams recently had renovations done to their locker room areas, which includes custom lockers for each player along with the Barkley Room, a three-tiered film room for team meetings and scouting sessions.

Along with the volleyball locker room, the arena has two other visiting locker rooms, along with coaches and officials locker rooms and an athletic training facility.

The NBA's Washington Wizards used the facility for their training camp home for six years and it is home to the Virginia High School Athletic League state basketball championships. On the NCAA level, the arena quickly grabbed the attention of the nation when it hosted the 2000 NCAA Volleyball Championships. 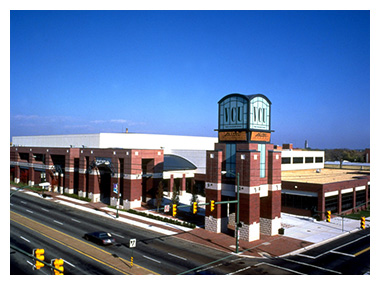